If you are located in USA or Canada, we, regretfully, will not be able to provide you with COSMODIC devices.
Official website of the representative office in USA or Canada  www.lethealth.us

The Best Any SLIDER Can Offer

COSMODIC EX735Ag Slider x3 is the latest LET Medical addition to the EX735 SLIDER series of professional devices that combine both SKENAR and COSMODIC technologies to dynamically optimize their ratio to fit the body’s needs “here an now”.

EX735Ag Slider x3 offers everything that the other SLIDERs do, PLUS:

NOTE: all our devices come with a complementary Virtual Training (PDF downloads, 50+ articles, 80+ videos) designed to help you get quick and profound results with your new COSMODIC or ENS.

COSMODIC EX735 Slider x3
It Has It All – and then some

The EX735Ag Slider x3 is the latest LET Medical device in the EX735 SLIDER series. It was designed with the following main agendas:

COSMODIC EX735 Sliders (EX735Ag Slider x2, EX735Cu Slider x2, EX735Ag Slider x3) are the top-of-the-line professional energy healing devices, which can also be successfully used at home. Combining both COSMODIC technologies in optimum proportions each given moment, they stimulate and dramatically accelerate restoration and regeneration processes in the body at such a fundamental level that healing “like nothing ever happened” unfolds in a record time.

All EX735 SLIDERs do that, but among the three the EX735Ag SLIDER x3 is the most powerful. COSMODIC component of this device has been enhanced in order to increase its REGENERATION and REJUVENATION effects. It is definitely more profound than the previous models and can “get through” to a deeply rooted problem much quicker and more noticeable than the other devices.

Besides, at this point, the EX735Ag SLIDER x3 has the highest DETOXIFICATION capacity of all COSMODIC devices. The detox effect of the COSMODIC EX735Ag Slider x3 is strong to the level of being dramatic. For example, when right at the procedure you can smell chemicals being released by the body (such as pharmaceuticals accumulated over time) or see black stripes on the skin where silver electrodes react with the impurities coming out with the sweat. The EX735Ag Slider x3 efficiently helps the body get rid of drug residue, heavy metals, pesticides, mycotoxins (mostly from mold), exogenous estrogen, inhaled air pollutants, and, in some degree, radiation and GMO fragments, even though the latter requires more studying and possibly a different technology to be really effective.

COSMODIC EX735Ag SLIDER x3 also offers a separate ASSESSMENT Module that walks you step-by-step through a full-body scan, such as 3 pathways and the strategic points on the front of the body, and then gives you the results in graphic form. That way you know exactly where to apply the device in order to get the best results in the fastest way possible (local assessment is also possible, of course). The device also stores the data received during each procedure in individual patient files, and you can always do comparative analysis during consecutive sessions to observe the dynamics.

All-in-all, the COSMODIC EX735Ag SLIDER x3 is a valuable addition to the SLIDER family and a big step in the evolution of the technology.

The STANDARD version has the most necessary and optimal settings for personal use.

The PROFESSIONAL version offers advanced settings (not available in basic version) that are essential for professional COSMODIC therapists in clinical practice.

The COSMODIC EX735Ag SLIDER x3 electrodes are detachable and made in a form of three bars, which are flat on the underside and rounded at the front end of the device resembling “skies”. The rounded part is convenient for treatment of small or hard-to-reach areas (for example, on the face). The flat part is mainly used for the treatment of large areas.

In EX735Ag Slider x3 the electrodes are made of silver according to a special technology, which allows maintaining the natural structure of silver. Besides its high conductivity and ability to uninterruptedly transmit the sophisticated COSMODIC signal, pure silver as such provides an additional healing effect.

Silver is known for its bactericidal, antiseptic, anti-inflammatory and styptic qualities. Silver is a natural bactericidal metal effective against 650 kinds of bacteria which do not acquire resistance to it, like to most antibiotics. Adding pure silver to the body terrain substantially increases the body’s ability to fight infection and reduce inflammation, thus improving the course of many chronic diseases and preventing the development of new ones, including as serious as cancer.

CASING: The device is encased in “SMART” series casing made of shockproof (3.5 mm thick) ABS plastic. A protective glass on the faceplate.

There are also DVDs available – full recordings of live training programs featuring the EX735 Slider x3 – “Make Your SLIDER Sing Even Louder” (sold separately). We also highly recommend the “COSMODIC For Younger You” program on DVDs that teaches the basics of COSMODIC technology in general and its application for anti-aging and beauty treatment in particular.

Your COSMODIC EX735Ag SLIDER x3 comes with a one-year warranty, which begins from the date you receive your device. The warranty covers any malfunctioning of the device except for the ones that happen due to careless handling (dropping or crushing the device, water or fire damage, battery leakage etc.). In this case, we will still help you to get your device fixed or replaced, but you will have to cover the replacement or repair costs.

When it comes to a SKENAR or COSMODIC device,
EX735Ag Slider is AS GOOD AS IT GETS.

There are no reviews yet.

Our products are usually shipped by USPS Priority Mail with 3-4 days delivery within the continental USA. If you are outside the USA, allow 7-8 business days for delivery.

If you require a faster or delayed shipment, please make arrangements directly with our office by calling us at +1 (855) 468-0033 or sending an email to support@cosmodicscenar.com

On a rare occasion, one or more of your products may be on backorder. In this case, we will notify you immediately upon receiving your order and, if your shipment has to be split, all consecutive shipments will be done free of charge.

a. All COSMODIC® & SCENAR® products, except Solaris Energy Blankets, SKENAR, and COSMODIC accessories, and informational products, carry 30-day Customer Satisfaction Guarantee, which can be extended to 60-90 days at COSMODIC® & SCENAR®’s sole discretion in particular circumstances. Such extension will be considered valid only if expressed in writing on the Order Form or in Purchaser’s written communication with COSMODIC® & SCENAR®.

b. During the Customer Satisfaction Guarantee period, purchased Goods can be returned for credit if they fully conform to the terms of purchase and do not carry any defects. All such returns require COSMODIC® & SCENAR®’s prior written consent. In every case, the original invoice number and date must be quoted. Purchaser will be liable for the return costs of delivery.

d. Where Goods were originally supplied by COSMODIC® & SCENAR® in specialized packaging, any return shall be made in that original packaging and the Goods shall be in their original and unmarked condition, complete with any instructions for use supplied.

f. In case if COSMODIC® & SCENAR® does not approve the returned goods for credit, the Purchaser will be notified in writing and the Goods will be returned to Purchaser.

g. No responsibility will be accepted for any delay in processing a credit for Goods returned caused by Goods being incorrectly branded or returned without adequate identification of both sender and Goods returned.

h. Notwithstanding anything to the contrary contained herein, Purchaser acknowledges that unless Purchaser strictly complies with the returned goods policy set forth in this section, Purchaser’s purchase shall be deemed final and Purchaser shall be deemed to have released COSMODIC® & SCENAR® from (i) any claim for refund or credit, and (ii) any type of damages whatsoever. 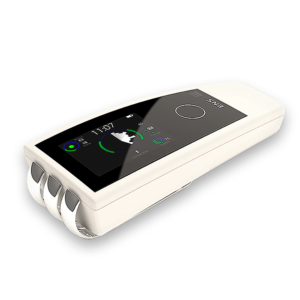 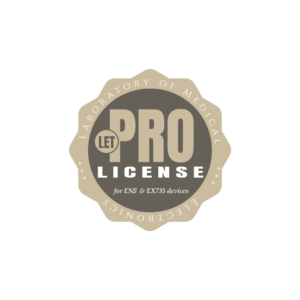 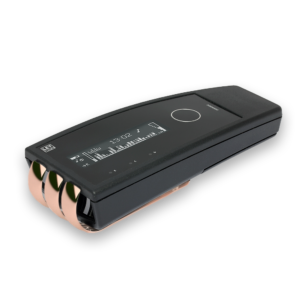