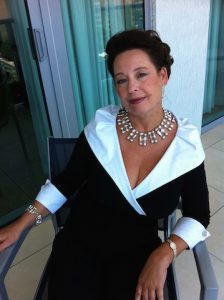 Irina Kossovskaia, MD,PhD,DNM is a Doctor, a Scientist, a Teacher, a Writer, a Psychologist, and a serial Entrepreneur.

A successor of a dynasty of eye surgeons, a top eye surgeon in her own rights, and Assistant Clinical Professor in the Department of Ophthalmology at Nizhni Novgorod State Medical Academy, Russia, Dr. Irina Kossovskaia is the author of a number of research studies and medical inventions and a laureate of Lenin Komsomol Prize in Science and Technology (the Third highest science award in the USSR).

In 1996, while still in Russia, Dr. Irina was introduced to the cutting-edge integrative medical research in bioenergy and informatics – SCENAR technology, developing within the Russian Space Program. She joined the original SCENAR research team, which included Dr. Alexander Revenko, Dr. Yuri Gorfinkel, Dr. Josef Semikatov, Dr. Alexander Karasev and other top Russian scientists – the developers of SCENAR technology and methodology.

SCENAR became Dr. Irina’s passion. She attributes her own only son’s healing miracle to SCENAR, and she made it her mission to make this technology available to every family worldwide.

Dr. Irina became a pioneer in taking the SCENAR technology to outside of Russia. After relocating to the Bahamas in 1997, she worked extensively on adapting the Russian SCENAR training to Western standards in cooperation with her Russian colleagues.

She is the author of many publications on SCENAR and of the first English translations of SCENAR literature. Her landmark work ‘The SCENAR Fair’ is considered the industry standard and serves as the guide to the SCENAR world for any practitioner or layman. 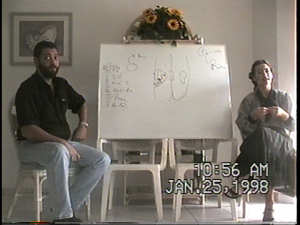 In January 1998, in the Bahamas, Dr. Irina directed the first SCENAR training program outside of Russia conducted by the RITM team – Dr. Alexander Revenko and Dr. Yuri Gorfinkel, the legend of the SCENAR world. In attendance were Dr. James Colherst, who went on to establish the SCENAR movement in the U.K., Mr. Jan De Jong, the former manufacturer of SCENAR devices in Holland, and Mr. Leo De Jong, who initially supported the SCENAR movement in the USA. Considering this interesting history, Dr. Irina is often informally called “The First Lady of SCENAR”.

For Dr. Yuri it was his last program – he passed away three months after the event. Dr. Irina, the hostess and the interpreter at that historic program that introduced scenar to the Western world, has lately agreed to release the tapes made at that event. We believe, these are the only tapes ever made of Dr. Yuri’s trainings…

To this day Dr. Irina continues to work with the originators of SCENAR in Russia, facilitating development of this revolutionary technology. She focuses her attention on supporting and promoting COSMODIC ® technology as the second generation SCENAR.

Her company Mediscen distributes the latest COSMODIC devices and offers extensive training it their use. At the moment, the Mediscen’s unique COSMODIC ® Training and Support Program is the most comprehensive second generation SCENAR training in the world.

Dr. Irina’s ongoing research ultimately resulted in the development of a new health concept, Systemic Interactive Medicine (SI Medicine), which integrates SCENAR with other advanced medical technologies. The found synergistic blend of three energy healing modalities (SCENAR/COSMODIC-Solaris Blanket-Soft Laser), or The Healing FUSION, in many cases can efficiently treat acute or chronic pain and the disorders that caused it, whether physical, mental, or emotional in nature. Dr. Irina calls them “The 21st Century Medicine Chest”.

Dr. Irina developed a comprehensive coaching program for use of the Healing Fusion and complementary modalities in self-care as well as in professional practice. Various modules of this program have been taught across North America and worldwide over a number of years.

Dr. Irina is not only a doctor and a scientist; she is also a “serial entrepreneur”. The first Dr. Irina’s company, MediSCEN, was formed in 2000. Mediscen has operated a Healing Center in Niagara-on-the-Lake, Ontario, Canada for over 7 years. The Center served as a treatment and a training facility in the art and science of SI Medicine and a resource centre for health care practitioners and general public. Between friends and clients, it was known as ‘Dr. Irina’s Healing Garden’.

As the business grew and acquired a widely international aspect, new business structures were added to support “the building”. The newest Dr. Irina’s company, HealthBoss, was born in 2010 with the agenda to support the development of a parallel healthcare system, which provides every person with knowledge and tools to become his/her own Health Boss.

Dr. Irina generously shares her knowledge and experience with others in her newsletters, during teleconferences, webinars, and in her writings.

Dr. Irina continues to maintain a rigid stance of impartiality with regard to the complex technologies that she is continuously evaluating. Her reputation as an independent expert in the field allows her to provide consumers with invaluable guidance in locating true value among the various Self-Healing and Energy Medicine Technologies in the marketplace. She is convinced that, if given right tools, we can get back the power to heal and regenerate – as we were designed to do.