SCENAR – an Art, a Science?

SCENAR – an Art, a Science

“The intuitive mind is a sacred gift and the rational mind is a faithful servant.
We have created a society that honors the servant and has forgotten the gift.” 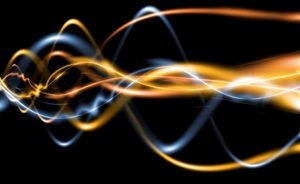 According to Dr. Alexander Karasev, the SCENAR inventor, the SCENAR was designed as an informational analogue of a living system. And a living system doesn’t always behave as we think it should. I believe, almost any SCENAR practitioners has a few observations with regards to the SCENAR, which are difficult to explain if consider the SCENAR just an electrical tool.

At the same time, the SCENAR is still an electrical device, an “ideal electrotherapy”, as it is often called. Parameters of its influence on the body can be analyzed and measured from this point of view, as well as the body’s reactions to this influence.

Is there a contradiction in terms?  I don’t think so. What may be contradictory is the paradigm under which a practitioner operates, not the device itself. In other words, SCENAR will be what you want it to be. Consider it an electrical tool, and you will have a perfect TENS type device. Consider it an analogue of a living system, and you will have a health companion for life. One can even try to call it ‘an informational system’ – and be able to prove the point.

However, why argue over paradigms? We just move beyond them and let everyone’s point of view complement each other, because each one of them has its validity and each one is equally important. Like in that famous story about wise blind people who were asked to describe an elephant. Each of them was touching a different part of the elephant, so their descriptions in the end were completely different – yet all of them were correct. We can only get closer to the true picture of reality if summarize all seemingly controversial descriptions deriving from individual experiences.

After all, what matters the most is the unquestionable ability of the SCENAR to do the job – to assist living systems in healing in a fast, safe, and effective way.

The SCENAR, as “the ideal electrotherapy”, is a very effective device on its own, due to the particularities of its signal. At the same time, it has the amazing ability to amplify natural healing powers of an operator, becoming ‘an energetic extension’ of the healer’s hand and heart. How – it is yet to be explained, but this quality goes beyond standard rules and laws of electromagnetism.

SCENAR therapy becomes an art, as well as a science. Art as beautiful and complex as life itself; both can never be completely understood. When you bring art into your life, you fill it with joy arising from touching the universal harmony and becoming in synch with our living and intelligent Universe. The Stargate is always open for you – you just have to move beyond paradigms.

SCENAR (SKENAR) as a new field of medical science and as a unique phenomenon is constantly growing and evolving. It’s evolution is being pioneered by LET Medical Research Laboratory in Russia led by Dr. Alexander Karasev – the original inventor of SCENAR (SKENAR) and COSMODIC ®.

GO HERE to see the array of the newest SCENAR and COSMODIC ® devices.

These sophisticated and intelligent machines more and more resemble the famous Star Trek healing device… What it is going to be 5-10 years down the road? 🙂 Stay tuned… 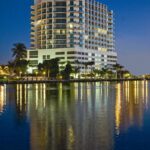