Superstitions, Power of the Mind, and SCENAR

February 2, 2018 was a Groundhog Day and, apparently, this year we’ve got the Groundhog Day dilemma: two of the most famous USA weather forecasters are disagreeing. Staten Island Chuck from the Staten Island Zoo, NY, did not see his shadow on Friday, which means an early spring. Punxsutawney Phil, the more reputable predictor, did see his shadow at Gobbler’s Knob in Punxsutawney, PA. So Phil is predicting six more weeks of winter.

Statistically, there is no definite correlation between groundhog shadow-sightings and the actual weather in February and March. The numbers since 1998 show that the groundhog’s shadow is just as reliable as flipping a coin. And yet, we still like this old tradition, which originally started as a badger day in European folklore and was later brought by German immigrants to Pennsylvania. We like it and, against all odds and common sense, we even sometimes believe it. Why?

In the same manner, why do we, well informed and advanced contemporary humans, knock on wood, listen to horoscopes, panic when we break a mirror, turn around when a black cat crosses our path, or wear a “lucky jersey” when our favorite team plays? Why are we being superstitious despite everything we know about the workings of the world?

You may say, not all of us are superstitious. No, not all, but… According to a 2012 CBS News poll, 51% of Americans endorse “knocking on wood” to insure good luck or prevent misfortune, and 17% of Americans believe in the power of certain sports rituals to affect the outcome of a game. That’s a lot of superstitious people for a scientifically advanced Western society!

Psychologists say superstitions are merely an attempt of our overloaded with information mind to cope with uncertainty. There is really no merit to them… or is it?

In 2010 Lysann Damisch and her colleagues from the University of Cologne in Germany conducted a famous golf ball study, in which two groups were told to putt a ball into a cup. The group that was told that the balls they were given had been “lucky” that day scored significantly better than the other group who were told nothing and handed the same balls. (CLICK HERE for the full study.) Furthermore, Damisch et al. replicated this result with different tasks and several different luck-activating superstitions.

Of course, there was no magic, except for the magic of BELIEF. These studies demonstrated that believing in luck gave participants an advantage and they performed better than they otherwise would.

That’s the power of your mind. Regardless of whether or not you are aware of it, the state of your conscious and subconscious mind affects your behaviour, your performance, the outcome of your actions, and ultimately your life. It also affects your health, due to the powerful MIND-BODY connection.

There are many examples of how people can WILL themselves into health (or into disease, for that matter). I will always remember one bright example of a woman with the 4th stage breast cancer who won the battle with her condition because she changed her attitude towards chemotherapy that she was receiving. She chose to see the word “mother” in “cheMOTHERapy” and accept the poisonous liquid as mother’s milk…

We can accomplish so much if we just “put our mind to it”.

And that brings me to the practice of SCENAR therapy. It is so important that during SCENAR sessions and between them your client’s mind is fully engaged observing, noticing, pushing forward all the changes happening in the body under the corrective SCENAR influence. And yet, how often this is actually happening?

It is so easy for a client (and often even for a therapist) to fall into the habitual “doctor-patient” dynamics where a practitioner does what he/she needs to do with SCENAR while a patient quietly and patiently “lets it happen”. Or even worse – a SCENAR therapist and a client engage in a discussion of daily events, sports, politics, relationships, and what not WHILE in session. Yes, the SCENAR will still do its job, but therapy would be so much more efficient if the client’s mind was “in it”!

Old habits die hard. Your client is not going to quickly change the “patient” attitude to the one of an active participant and an equal partner in therapy. And not because he/she does not want to; they just don’t know how. Conventional medicine made sure that this skill is duly supressed in contemporary humans.

It will take time, persistence, and a proper SCENAR therapist’s expertise to facilitate this “paradigm shift” and ensure the optimal functioning of the Healing Triangle. And yet, when the shift happens, healing miracles become possible. The classical Russian SCENAR school knew and taught it well – and it is up to us to preserve and expand this knowledge.

It is with that agenda in mind some time ago I wrote a brochure “Advice to SCENAR Clients”. We would give it to all “SCENAR newbies” as the first step on their way to understanding SCENAR therapy and facilitating their healing process. Of course, it is only a brochure, and reading it does not mean that the advice will be followed. When, however, the client also hears these recommendations in person from his therapist, over and over again, the change will start happening, and it won’t be long until your client will become an equal and active part of the Healing Triangle. And an empowered and happy one too!

Here is the brochure (click on the image).
Hope it will be as helpful to you as it was, and still is, to us.

Is it necessary for the clients to follow the “Advice”? No, it is not. SCENAR will help anyway. Yet, if they do, their focused and motivated mind will make therapy work even better.

If the power of your mind can make superstitions work for you, imagine what it can do for rational and scientific “cause and effect” relations, such as improvement of adaptive reactions and accelerated healing with SCENAR.

To Your Health and Happiness, Home Healers.

I Was Tired of Pain… 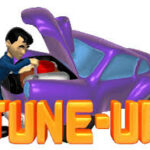 Do You Want to Learn from The Best Russian SCENAR Trainer?

Love The Skin You Are In – Face Rejuvenation PROTOCOL